The perfect balance of attractions and time, the four-day Tours is the best itinerary for seeing as much as humanly possible when you’re on a tight time budget.

• Accommodation Luxury Tented Camp.
• Transportation in a 4×4 safari vehicle(Pop - Roof).
• Professional, English-speaking guide.
• Transfer from and to the airport.
• 3 Meals a day according to the itinerary.
• Mineral water,other soft drinks( Coffee,Tea, and Chocolate).
• All national park fees and Crater services and government Tax.
• Flying Doctors insurance (AMREF) during the safari.

On arrival after all airport procedure you will meet our team you will get a brief introduction and transfer to your Hotel in Arusha for evening relax and overnight before your adventure began.

You’ll depart from Arusha after breakfast for the approximately two hour drive to Tarangire National Park. Along the way you’ll pass bustling Masai villages and the vast, open plains that have become synonymous with images of Africa.

Once you’ve entered Tarangire, you’ll begin your game drive across a rich vista of endless golden savannah that surrounds the Tarangire River. The river itself runs throughout the year and is a vital source of water for the animals of the region during the dry season. Lined with acacia and Baobab trees, the river is regularly visited by the park’s large elephant population as well as other herbivores such as zebras and antelopes.

A picnic lunch with a view of the river is a great way to take it all in, but you’ll have to keep on your toes as the local monkey population does its best to separate you from your lunch!

Driving through the park you’ll also have the opportunity to see lions, leopards, cape buffalo, and a huge variety of antelopes. If you’re particularly lucky, you might even see endangered animals such as the Greater Kudu or the Fringe-Eared Oryx.

After your day’s drive is done, you’ll retire to your accommodation for the evening.
Accommodation: Kudu Lodge, https://kuducamp.com/
Meal Plan: Lunch and Dinner

We’ll take an early breakfast, as we’ve got a big day of exploration and adventure ahead of us!

We’ll begin the day with the scenic drive towards the Serengeti. Along the way we’ll pass through the mist-shrouded rain forests of the Ngorongoro Conservation Area where you might be lucky enough to glimpse cape buffalo, baboons, or even elephants and leopards in the dense undergrowth.It’s a nearly four hour drive to the Serengeti park gates, but you can choose to break up the drive with one or both of the below optional activities:

Maasai boma visit: Pay a visit to one of the famous Maasai bomas, where you’ll have the opportunity to witness (and participate in) traditional Maasai dance, tour an authentic Maasai village, and even do a little souvenir shopping at the local market.Both of the above activities attract an additional cost. Speak with your safari expert about adding them to your itinerary.

Rise and shine! After an early breakfast at your campsite, you will will have a full day game drive at serengeti national park. Its grass plains and acacia forests are home to almost all the species of animals found in the East African savannah.

In only a few hours you might see all of the “Big Five” – lion, elephant, buffalo, rhino and leopard. After an extensive game drive and a picnic lunch , latter after the evening game drive you will taken back to the camp for dinner and overnight.

After breakfast,game on route to Ngorongoro Crater; considered by some to be the Eighth Wonder of the World. When you get your first glimpse of this vast, verdant caldera from the panoramic viewpoint, you’ll soon understand why it has earned such a lofty reputation.Home to over 120 species of mammal including the fabled Big Five, the Ngorongoro Conservation Area is one of the most sought after safari destinations in the world. It’s a particularly good place to see the endangered black rhinoceros enjoying a lonely meal out on the grass plains, as well as a place to see large numbers of hippopotamus enjoying the cool water.

From the comfort of your open-top vehicle, you’ll be able to observe and photograph some of Africa’s most recognisable faces. The crater is home to a large number of predators including lions, leopards, cheetahs, jackals, and hyenas, as well as a large population of wildebeest, zebras, antelope, cape buffalo, and more. It is truly one of Africa’s premier safari destinations.After the thrills and excitement of the day, you will have a picnic lunch by the park’s famous hippo pool. Thereafter, you will drive back to Arusha for overnight .

After your breakfast in the morning your guide will pick you up from your hotel for a town tour then local Food for lunch after you will be transfered to the airport for your flight back home.
Excluded :
• Sleeping bag.
• Flights.
• Optional activities.
• Alcoholic and soft drinks.
• Visa fees.
• Tips.
• Personal spending money for souvenirs etc.
• Travel insurance.

• All Net rates shown above are valid on specific date’s indications on specific Trip departures, with the exception of government park fees which are subject to change anytime as well as airline prices; If the park fees or taxes or airline prices be changed with little or more on no notice we have to increase our rates accordingly.

• We recommend bookings to be made earliest time possible for our sales people to have enough time to reserve rooms and special campsite. 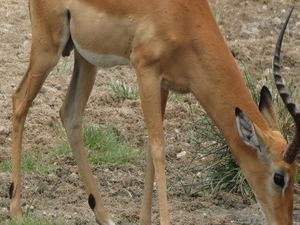 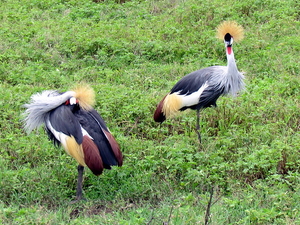 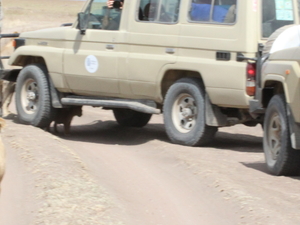