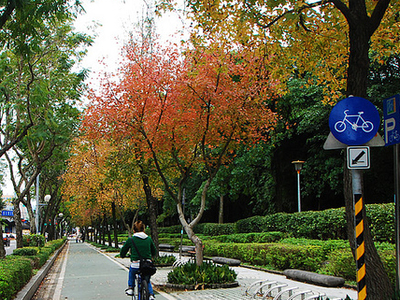 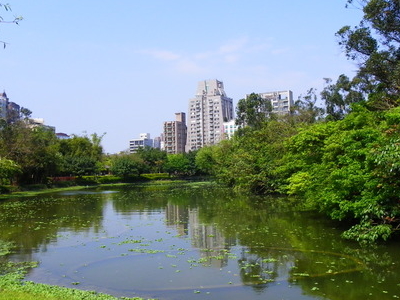 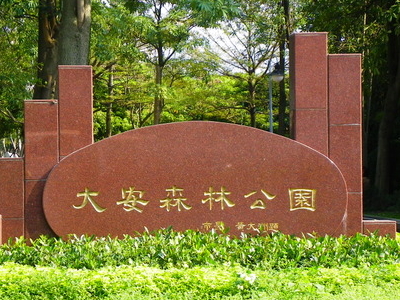 Daan Forest Park or Da'an Park is a public park located near the centre of the Da'an District of Taipei, Taiwan. The park occupies twenty-six hectares and is bordered on its North, South, East and West by Xinyi Road, Heping Road, Jianguo Road and Xinsheng Road, respectively. The park is used by residents of Taipei as a green activity space and for various outdoor activities. The park was created in 1994 after the eviction of longtime squatters and the demolition of illegal buildings on municipal land, not by mayor Chen Shui-bian, as is often cited, but by his predecessor, Huang Ta-chou.

Daan Forest Park was intended to play a similar role as other major city parks such as New York City's Central Park and London's Hyde Park, acting as the "lungs of Taipei city" and as respite for residents from the bustle of life in Taipei. Similar to the large parks of other cities, Daan Park is surrounded by high price luxury condominiums that fetch a premium due to their desirable views, some reaching the price of $400 million New Taiwan dollars (approximately $14 million US dollars) in 2012.

The park is home to a wide variety of animals including squirrels, and several species of ducks, egrets, and turtles. Daan Forest park contains two ponds, several pavilions, and strolling paths, and well as cultural recreational facilities such as an amphitheatre, children's playground, a jogging loop, and a skating rink. It also contains an underground parking garage. 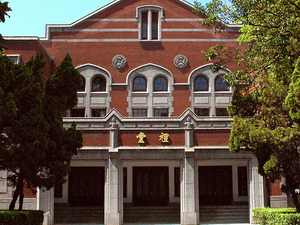 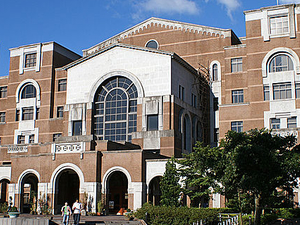 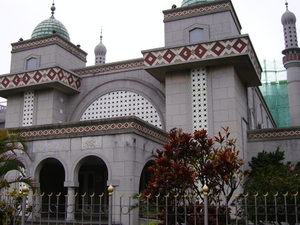 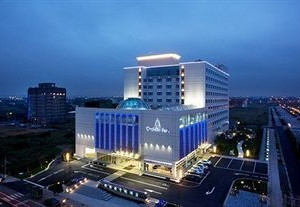 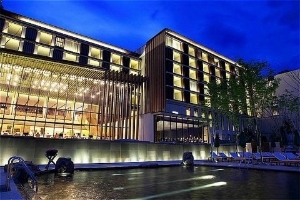 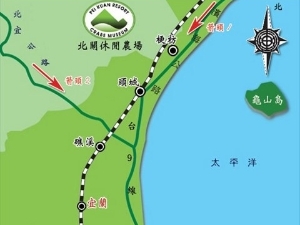