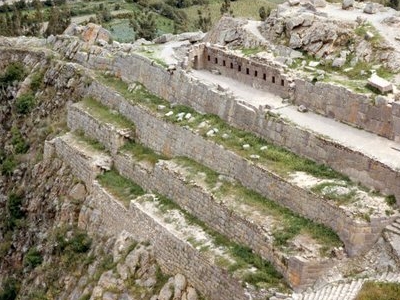 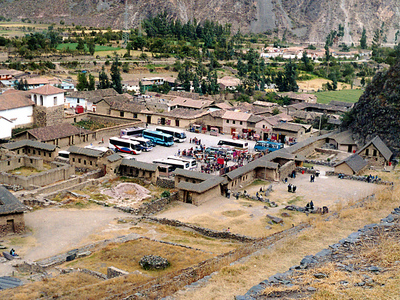 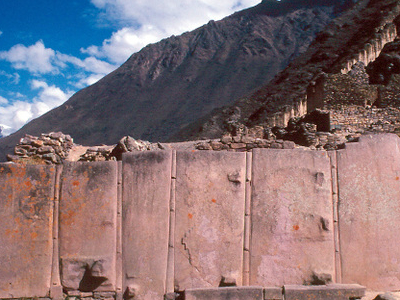 Ollantaytambo is a town and an Inca archaeological site in southern Peru some 60 kilometers northwest of the city of Cusco. It is located at an altitude of 2,792 meters (9,160 feet) above sea level in the district of Ollantaytambo, province of Urubamba, Cusco region. During the Inca Empire, Ollantaytambo was the royal estate of Emperor Pachacuti who conquered the region, built the town and a ceremonial center. At the time of the Spanish conquest of Peru it served as a stronghold for Manco Inca Yupanqui, leader of the Inca resistance. Nowadays it is an important tourist attraction on account of its Inca buildings and as one of the most common starting points for the three-day, four-night hike known as the Inca Trail.

Temple Hill:
'Araqhama is bordered to the west by Cerro Bandolista, a steep hill on which the Incas built a ceremonial center. The part of the hill facing the town is occupied by the terraces of Pumatallis, framed on both flanks by rock outcrops. Due to impressive character of these terraces, the Temple Hill is commonly known as the Fortress, however, this is a misnomer as the main functions of this site were religious. The main access to the ceremonial center is a series of stairways that climb to the top of the terrace complex. At this point, the site is divided into three main areas: the Middle sector, directly in front of the terraces; the Temple sector, to the south; and the Funerary sector, to the north.

Terraces:
The valleys of the Urubamba and Patakancha rivers along Ollantaytambo are covered by an extensive set of agricultural terraces which start at the bottom of the valleys and climb up the surrounding hills. The terraces permitted farming on otherwise unusable terrain; they also allowed the Incas to take advantage of the different ecological zones created by variations in altitude.Terraces at Ollantaytambo were built to a higher standard than common Inca agricultural terraces, for instance, they have higher walls made of cut stones instead of rough fieldstones. This type of high-prestige terracing is also found in other Inca royal estates such as Chinchero, Pisaq, and Yucay

Storehouses:
The Incas built several storehouses out of fieldstones on the hills surrounding Ollantaytambo. Their location at high altitudes, where there is more wind and lower temperatures, defended their contents against decay. To enhance this effect, the Ollantaytambo qollqas feature ventilation systems. It is believed that they were used to store the production of the agricultural terraces built around the site.Grain would be poured in the windows on the uphill side of each building, then emptied out through the downhill side window.

Quarries:
The main quarries of Ollantaytambo were located at Kachiqhata, in a ravine across the Urubamba River some 5 kilometers from the town. The site features three main quarrying areas: Mullup'urku, Kantirayoq, and Sirkusirkuyoq; all of them provided blocks of rose rhyolite for the elaborate buildings of the Temple Hill. An elaborate network of roads, ramps, and slides connected them with the main building areas. In the quarries there are several chullpas, small stone towers used as burial sites in Pre-Hispanic times. 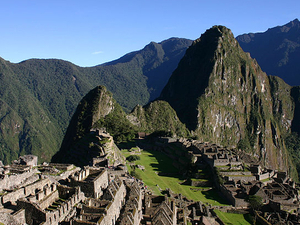 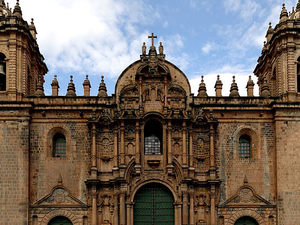 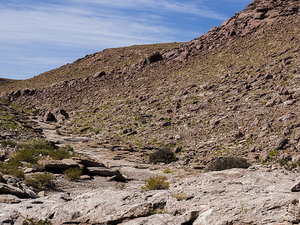 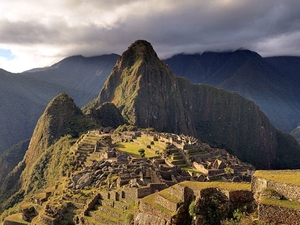 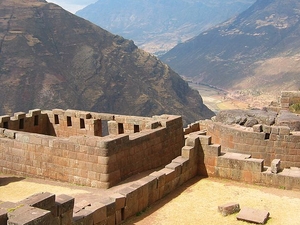 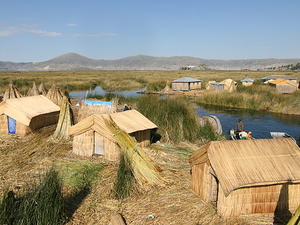 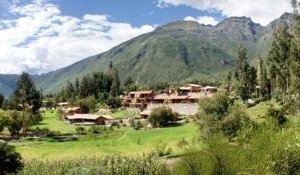 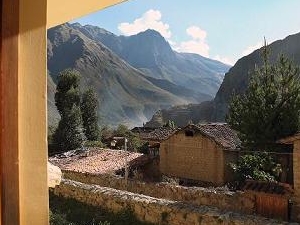 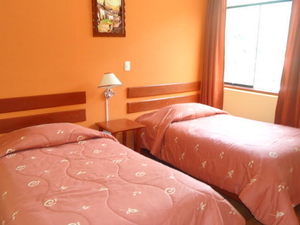