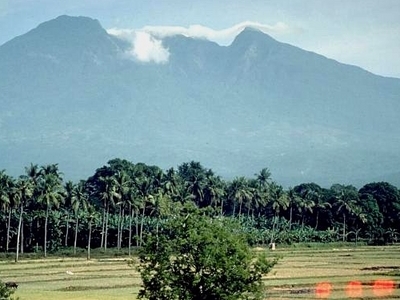 Mount Banahaw is an active volcano on Luzon Island in the Republic of the Philippines. The three-peaked volcano complex is located between the provinces of Laguna and Quezon and is the tallest mountain in the CALABARZON region dominating the landscape for miles around.

The mountain is considered by many as a "Holy mountain" and is popular among pilgrims along with mountain climbers. Banahaw is a national park and a protected area in the Philippines since 1941, and is now called Mts. Banahaw-San Cristobal Protected Landscape covering 10,901 hectares (26,940 acres) of land.
Holy mountain
Banahaw is a traditional pilgrimage site for locals, believed by many as a "Holy mountain", a spiritually-charged location. The mountain and its environs are considered sacred by local residents; the water from its sacred springs are deemed "holy water" for allegedly having beneficial qualities, issuing forth from locations called "puestos" or "holy sites". These sites are unique natural features composed not only of springs, but also caves, streams and boulders; with names with biblical allusions, and shrines erected in, on or around them.

These locations were allegedly revealed to a man named Agripino Lontoc by the "Santas Voces" or the "Holy Voices", which also gave the names to these places way back during the Spanish Colonial Era. Another one of this mountain is the adjacent Mount Banahaw de Lucbán.
Hiking activity on Banahaw
The mountain is popular not only to pilgrims but also among mountain climbers being the closest over 2,000-metre (6,600 ft) mountain from Manila. Hiking activity peaks during Holy Week each year, with climbers numbering to the thousands. At least four trails exist from Dolores, Sariaya, and other towns of Quezon located on its foothills. The most frequently used trails are the Cristalino and Tatlong Tangke, taking an average of 9 and 5 hours, respectively.

These two trails originate from Barangay Kinabuhayan in Dolores, and meet near the summit, which is actually the rim of the Banahaw caldera. On the summit are viewpoints, labeled as Durungawan I, II, and III, which are the usual destination for pilgrims and hikers. Other points of interest include the "Kuweba ng Diyos Ama" (Tagalog: Cave of God the Father) and the spring at Brgy. Kinabuhayan, said to have curative powers.
Physical characteristics
The andesitic Banahaw volcano complex is composed of several mountains with Mount Banahaw, the largest with a maximum elevation of 2,170 metres (7,119 ft) above mean sea level. The summit is topped by a 1.5 by 3.5 kilometres (0.93 × 2.2 mi) and 210 metres (690 ft) deep crater that is breached on the southern rim believed to have been caused by the 1730 eruption. Prior to 1730, a lake occupies the summit crater of Mount Banahaw. The resulting flood destroyed the town of Sariaya, Quezon located below the mountain. 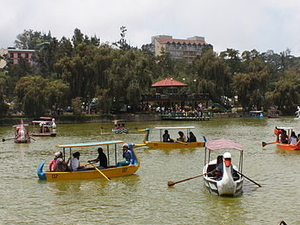 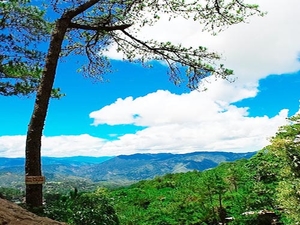 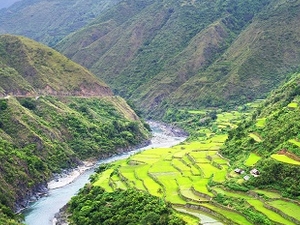 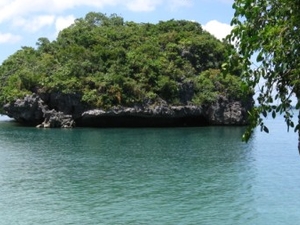 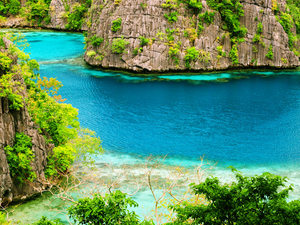 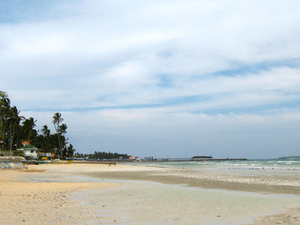 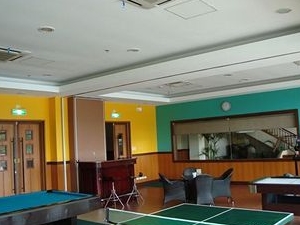 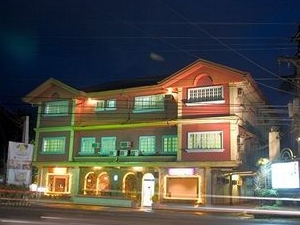 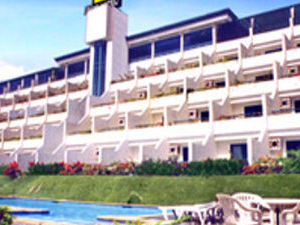