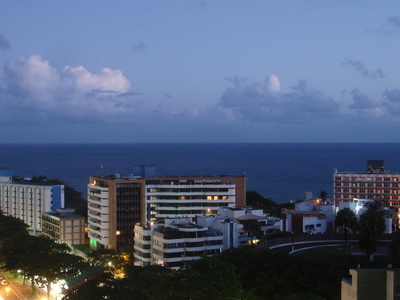 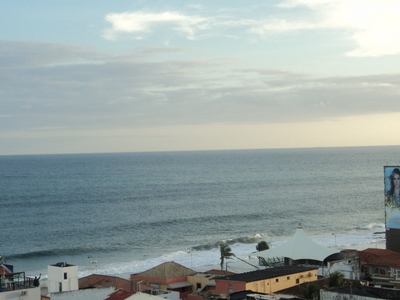 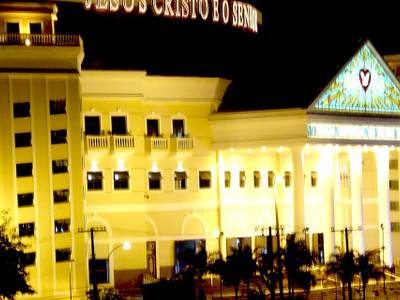 Salvador "City of the Holy Saviour of the Bay of all Saints" is the largest city on the northeast coast of Brazil and the capital of the Northeastern Brazilian state of Bahia. Salvador is also known as Brazil's capital of happiness due to its easygoing population and countless popular outdoor parties, including its street carnival.The first colonial capital of Brazil, the city is one of the oldest in the Americas. For a long time, it was simply known as Bahia, and appears under that name (or as Salvador da Bahia, Salvador of Bahia so as to differentiate it from other Brazilian cities of the same name) on many maps and books from before the mid-20th century. Salvador is the third most populous Brazilian city, after São Paulo and Rio de Janeiro.

The city of Salvador is notable in Brazil for its cuisine, music and architecture, and its metropolitan area is the wealthiest in Brazil's Northeast. The African influence in many cultural aspects of the city makes it the center of Afro-Brazilian culture. This reflects a situation in which African-associated cultural practices are celebrated. The historical center of Salvador, frequently called the Pelourinho, is renowned for its Portuguese colonial architecture with historical monuments dating from the 17th through the 19th centuries and was declared a World Heritage Site by UNESCO in 1985.

Tourism And Recreation :
The Salvador coastline is one of the longest for cities in Brazil. There are 80 km (50 mi) of beaches distributed between the High City and the Low City, from Inema, in the railroad suburb to the Praia do Flamengo, on the other side of town. While the Low City beaches are bordered by the waters of the All Saints Bay (the country's most extensive bay), the High City beaches, from Farol da Barra to Flamengo, are bordered by the Atlantic Ocean. The exception is Porto da Barra Beach, the only High City beach located in the All Saints Bay.

The capital's beaches range from calm inlets, ideal for swimming, sailing, diving and underwater fishing, as well as open sea inlets with strong waves, sought by surfers. There are also beaches surrounded by reefs, forming natural pools of stone, ideal for children.

Culture :
Salvador's historical and cultural aspects were inherited by the miscigenation of such ethnic groups as Native-Indian, African, European and Jewish. This mixture can be seen in the religion, golden cuisine, cultural manifestations, and custom of Bahia's people.

Cuisine :
The local cuisine, spicy and based on seafood (shrimp, fish), strongly relies on typically African ingredients and techniques, and is much appreciated throughout Brazil and internationally. The most typical ingredient is azeite-de-dendê, an oil extracted from a palm tree (Elaeis guineensis) brought from West Africa to Brazil during colonial times.

Using the milky coconut juice, they prepared a variety of seafood based dishes, such as Ensopados, Moquecas and Escabeche. The sugar cane bagasse was mixed with molasses and Rapadura, in the creation of coconut desserts like Cocada Branca and Preta. The remaining of the Portuguese Stew sauce was mixed with manioc flour to make a mush, which is a traditional Indian dish.

Religion :
In Salvador, religion is a major contact point between Portuguese and African influences and, in the last 20 years, Brazil's version of a North American-influenced Pentecostalism. Salvador was the seat of the first bishopric in colonial Brazil (established 1551), and the first bishop, Pero Fernandes Sardinha, arrived already in 1552. The Jesuits, led by the Manuel da Nóbrega, also arrived in the 16th century and worked in converting the Indigenous peoples of the region to Roman Catholicism. 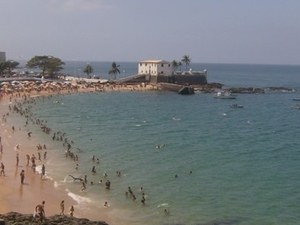 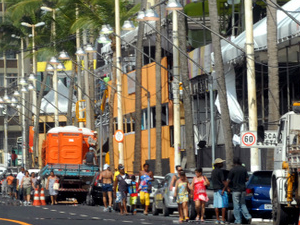 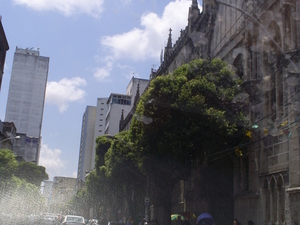 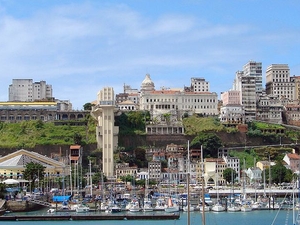 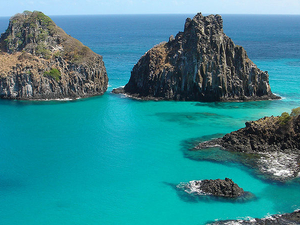 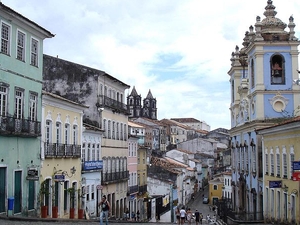 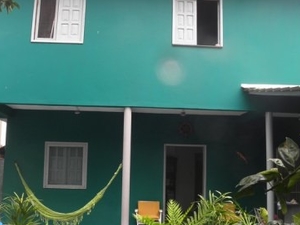 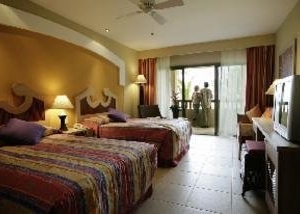 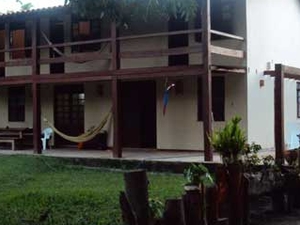